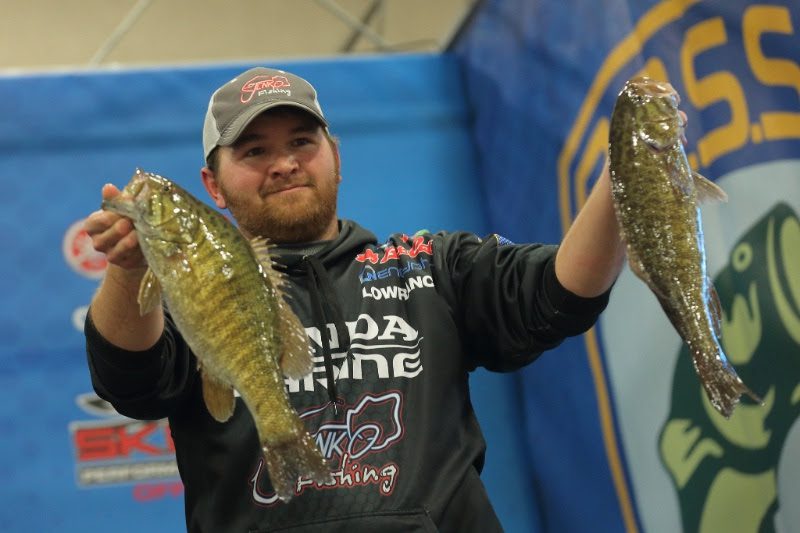 Jesse Wiggins of Cullman, Ala., maintains the lead on the third day of the Bassmaster Elite at Cherokee Lake, bringing 16 pounds, 14 ounces to the scales on Saturday for a three-day total weight of 52-13.

KNOXVILLE/JEFFERSON COUNTY, Tenn. — Jesse Wiggins wishes he had a more exciting story to tell about the Bassmaster Elite at Cherokee Lake.

He wishes there was some drama or even a near-miss that might give him a funny story for the weigh-in stand.

But it just hasn’t been that kind of tournament for him.

“I’m just going around in circles on spot, looking for fish on my graph,” said Wiggins, who caught 16 pounds, 14 ounces Saturday to maintain the overall lead with a three-day total of 52-13. “When I see one, I drop down to it and try to get it to bite. It’s the simplest thing you’ve ever seen.

“It’s been the same thing every day.”

How repetitive has it been?

The Elite Series rookie from Cullman, Ala., also caught five smallmouth Friday that weighed 16-14. If he catches 16-14 again Sunday, it could get downright spooky.

“I’m sitting in the same spot — a place about the size of three boats — all day long,” Wiggins said. “The reason I’m spending all of my time there is because I don’t know anywhere else to get a bite.”

“I think it’s just because they had never been fished before,” he said. “Now that I’ve been hitting them pretty hard for a couple of days, they’re acting a little differently.”

The leader said he has no idea what he’ll do Sunday morning if he pulls up to the hot spot and there’s no sign of the predator fish and the forage fish they’ve been chasing.

He’s only caught one largemouth bass all week — a 4-9 lunker that anchored his Day 1 catch of 19-1 — and he referred to that fish as a “bonus.” It was sharing the same waters with the smallmouth, and that’s a rare occurrence.

“You definitely can’t count on that happening again,” Wiggins said. “If I pull up to that place in the morning and everything’s gone I’m not just going to sit there. But I honestly don’t know what I’ll do if I have to go look for largemouth.”

Wiggins, who has won two events on the Bass Pro Shops Bassmaster Opens circuit, during the past 10 months, is leading fellow Elite Series rookie Jamie Hartman (52-0) by only 13 ounces.

The New York deep-water specialist caught 17-9 Saturday fishing the same deep, wintertime pattern he’s been fishing all week. Like Wiggins, he’s having a hard time getting once-eager fish to bite.

“My fish are finicky, for sure,” Hartman said. “I had a morning bite that was pretty awesome (Thursday and Friday), but today it was terrible. I’ve just about used up my fish. I’m in a certain area, and I just don’t think it’s replenishing.”

Like most anglers, Hartman wouldn’t reveal the lure he was using with fishing left to be done. But he did say when he goes a long time between bites, he switches colors to see if he can get the bass fired up again.

“I change colors depending on their mood, I guess,” Hartman said. “If I see a fish down there on the graph, I’ll drop one color down to it. Then I’ll literally throw that one down on the deck, grab the other one and drop it down to the fish. I just let the fish tell me what they want.”

While Wiggins and Hartman have had run-of-the-mill tournaments, Jacob Wheeler (51-10) will have stories to tell for a while — even if he can’t erase the 1-3 deficit that has him in third place heading into Championship Sunday.

On Friday, an electronics snafu left Wheeler with only half the waypoints he had marked for the lake during pre-practice. On Saturday, his trolling motor went out leaving him with no way to stay on the fish once he found them.

Wheeler, who is labeled a newcomer on the Elite Series instead of a rookie due to his career earnings on other trails, took advantage of a little-known B.A.S.S. rule that allows a stranded angler to fish with another competitor as long as a marshal is present.

He hitched a ride with another rookie, Dustin Connell.

“Being on a new tour, I’ve read the rules from front to back and over and over again, so I knew it was legal,” Wheeler said. “I was so fortunate to have Dustin Connell allow me to come and jump in the boat with him.

“I’m always that positive person, always thinking I’m going to catch them. Things like that don’t really bother me.”

His positivity paid off, as Wheeler caught two of his biggest fish of the day from Connell’s boat — on places that Wheeler led the pair to.

Randall Tharp of Port St. Joe, Fla., is in the lead for the Phoenix Boats Big Bass award with a 5-5 largemouth.

The event is hosted by the Economic Development Alliance of Jefferson County and Visit Knoxville. 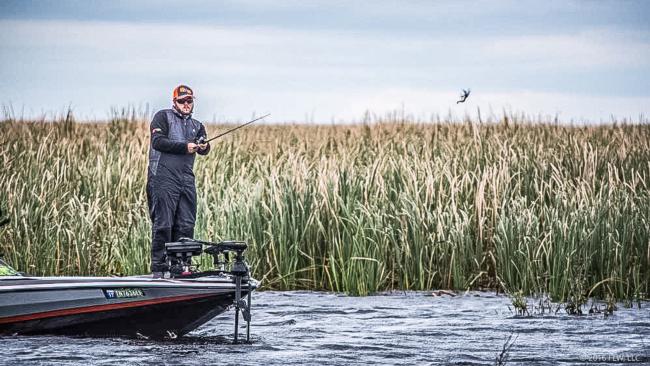 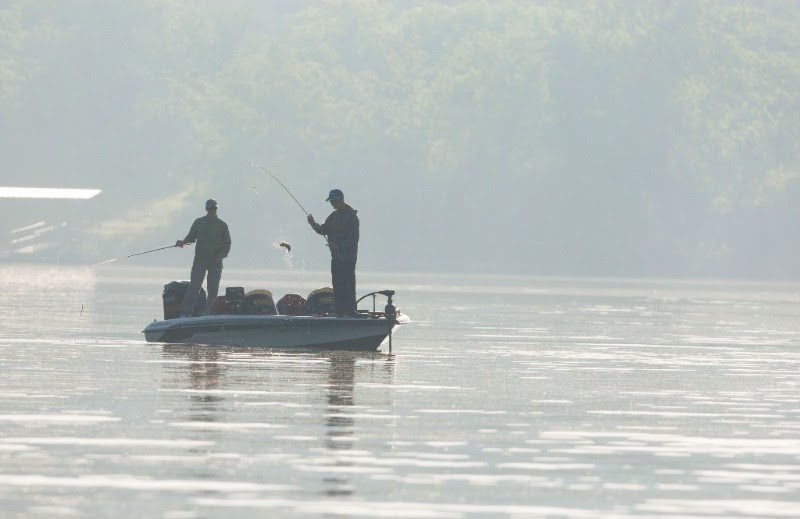 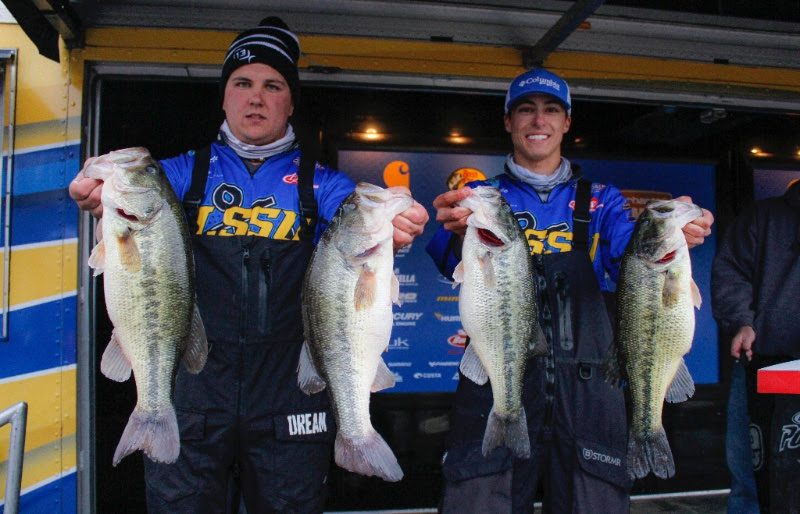 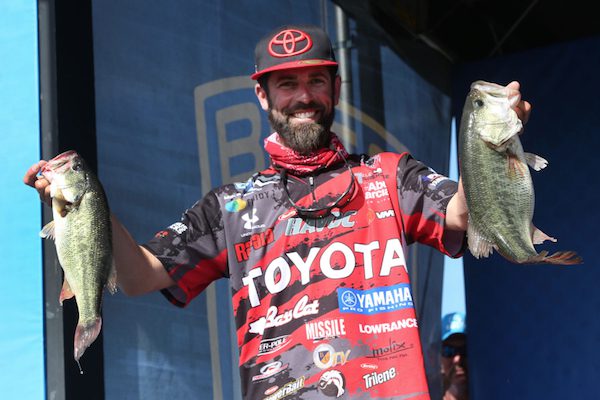