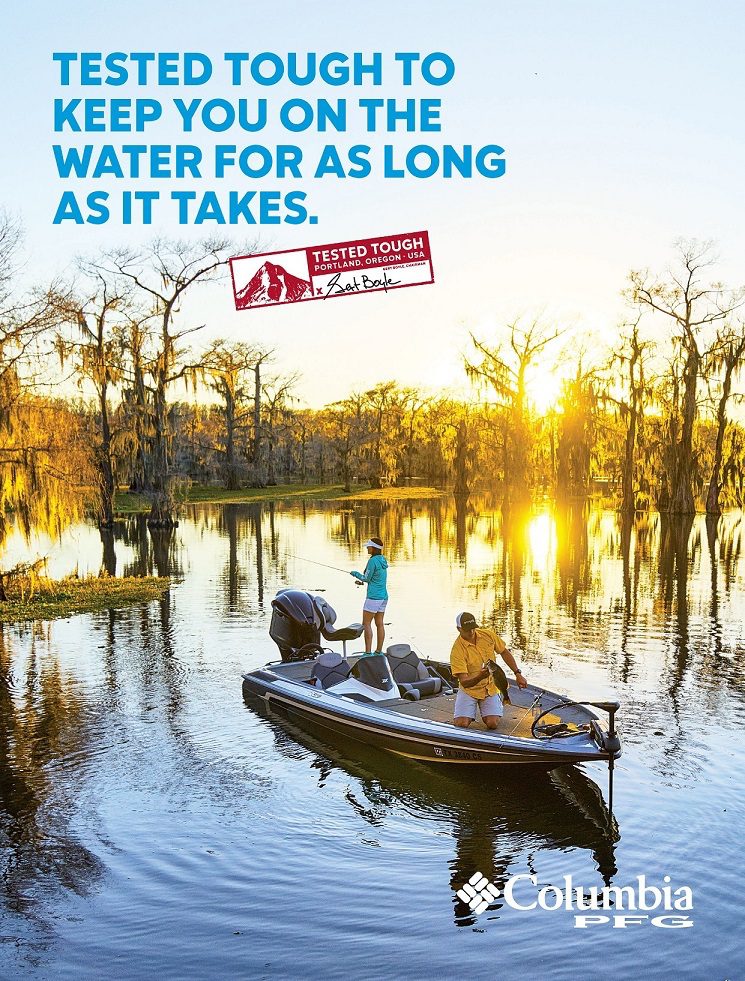 “FLW is excited to partner with an industry leader like Columbia Sportswear and showcase their PFG apparel to our fans and anglers, who share the same passion and enthusiasm that is synonymous with their brand,” said FLW President of Marketing Trish Blake. “We’ve always considered our core FLW audience to be among the most loyal and passionate consumers in the country, and we are proud to partner with Columbia to help advance the sport of bass fishing.”

As an FLW sponsor, Columbia Sportswear will be featured in a variety of media formats, including the “FLW” television program on NBC Sports Network, the Pursuit Channel and the World Fishing Network, as well as internationally to more than 564 million households worldwide. Columbia will also appear in prominent advertisements in FLW Bass Fishing Magazine and on FLWFishing.com.

“Columbia’s products are rooted in technology and innovation,” said Joe Boyle, Senior VP of Merchandising and Design at Columbia.  “As the original performance fishing apparel brand, we are thrilled about the partnership with the FLW and the opportunity it provides tournament anglers to compete in the best gear for all weather conditions.”

Born and raised in Portland, Oregon, Columbia Sportswear has been making technical outdoor gear to help anglers enjoy the outdoors for more than 75 years. The company has grown into a global sportswear brand that is today – still based in Portland and still making no-nonsense apparel and footwear that keeps anglers WARM, DRY, COOL and PROTECTED, no matter what the elements.

For more information about FLW, their tournaments and sponsors, visit FLWFishing.com. To learn more about the Columbia Sportswear company visit Columbia.com.

Columbia, the flagship brand of Portland, Oregon-based Columbia Sportswear Company, has been creating innovative apparel, footwear, accessories and equipment for outdoor enthusiasts since 1938. Columbia has become a leading global brand by channeling the company’s passion for the outdoors into technologies and performance products that keep people warm, dry, cool and protected year-round. To learn more, please visit the company’s website at www.columbia.com.