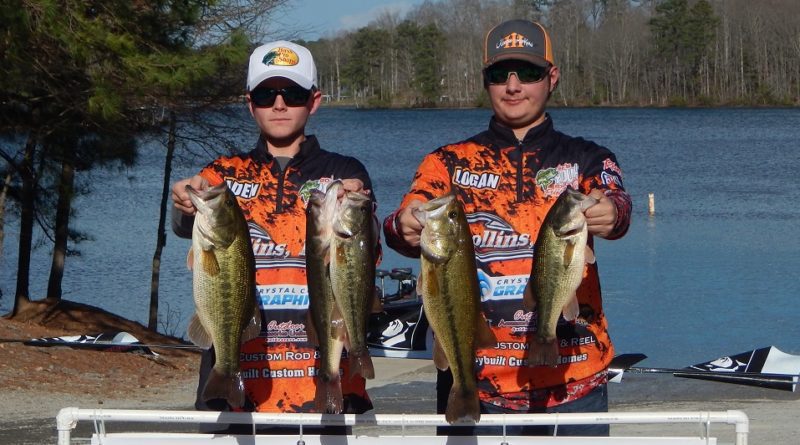 Seventeen teams arrived at Lake Gaston during the early hours of Saturday February 25th for the second event of the North Carolina Bassmaster High School Series (East Division), presented by Mossy Oak Properties, Kissel Krafts Custom Built Fishing Rods, Z Man Fishing Lures and Collins Inc.  With warm weather abundant the entire week leading up to the event, the anticipation of some great catches were running wild through the minds of all the anglers and by the end of the day, the weights proved to be more than expected. 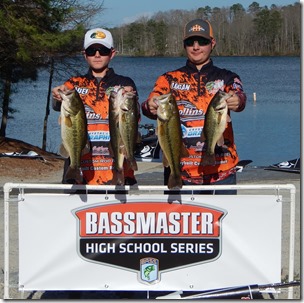 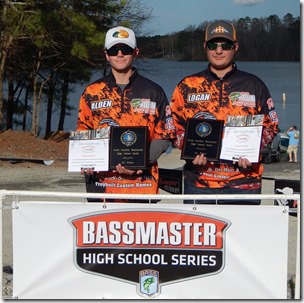 Carrying momentum from their win in event number one at Falls Lake, Alden Patterson and Logan Jennings shined again, as the tandem secured the top spot with a five fish limit that weighed an impressive 18.80 lbs, including a 5.52 lb kicker fish.  The pair of anglers were presented with matching first place plaques and each received a $75.00 certificate to be used toward the purchase of a Kissel Krafts rod product.  Patterson & Jennings caught multiple fish throughout the day by targeting boat docks near secondary points within creeks while using jigs as their lure of choice. 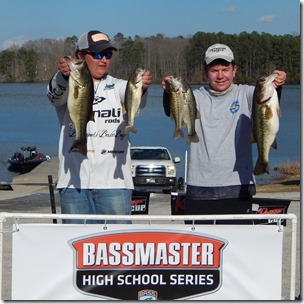 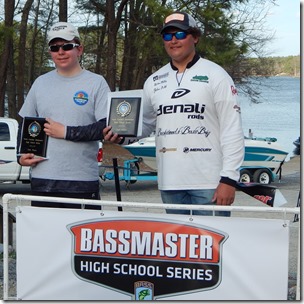 Wyatt Long and Hunter McKee secured the second position with their five fish limit that tipped the scales at 16.55 lbs, anchored by the single largest fish of the day weighing in at 6.98 lbs.  The duo were presented with matching second place plaques for their efforts.  Long and McKee caught their fish using crankbaits around areas of exposed vegetation and also used a jig around docks to secure a couple of bites.  Their day got off to a great start, as the anglers landed their two largest fish on consecutive casts within the first 10 minutes of the tournament.

Luke Rasberry and Cole Lanier filled the third spot with their catch of 11.57 lbs.  Finishing in the fourth spot was the team of Nick Mitchell and Trevor Lewis with 10.36 lbs, while Nicholas Godwin and William Pucket completed the top five with their catch of 10.13 lbs. 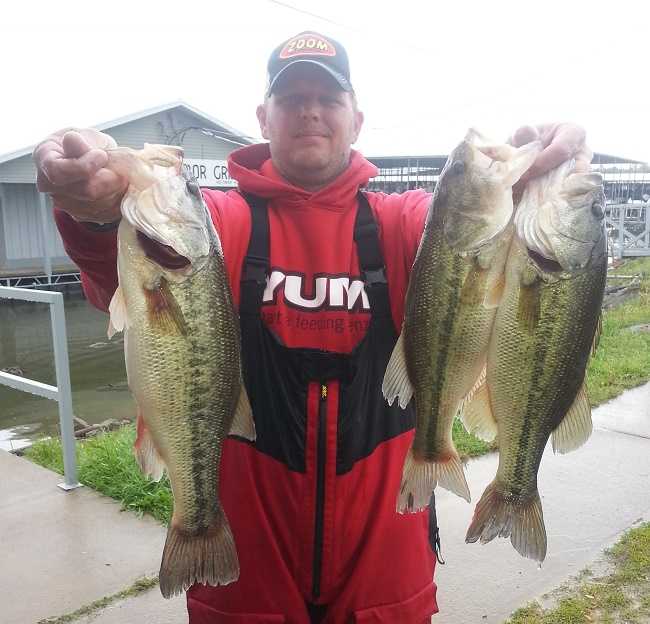 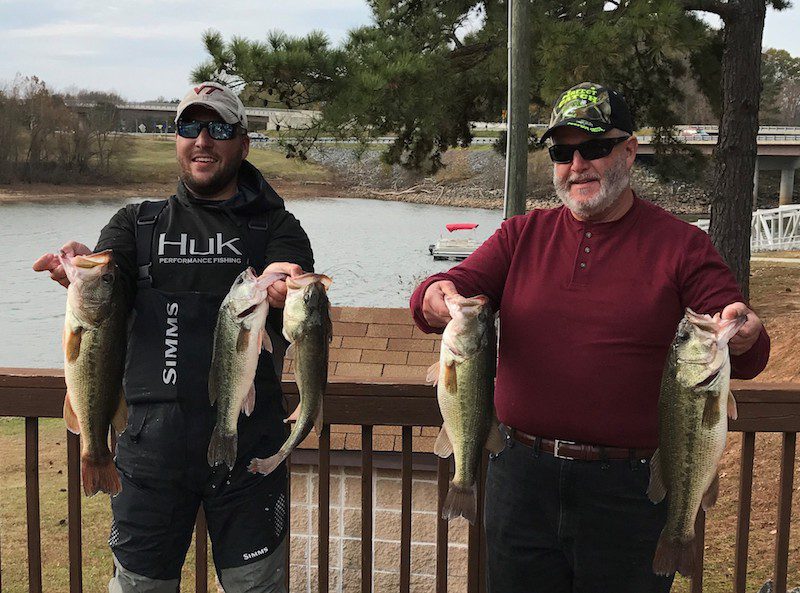 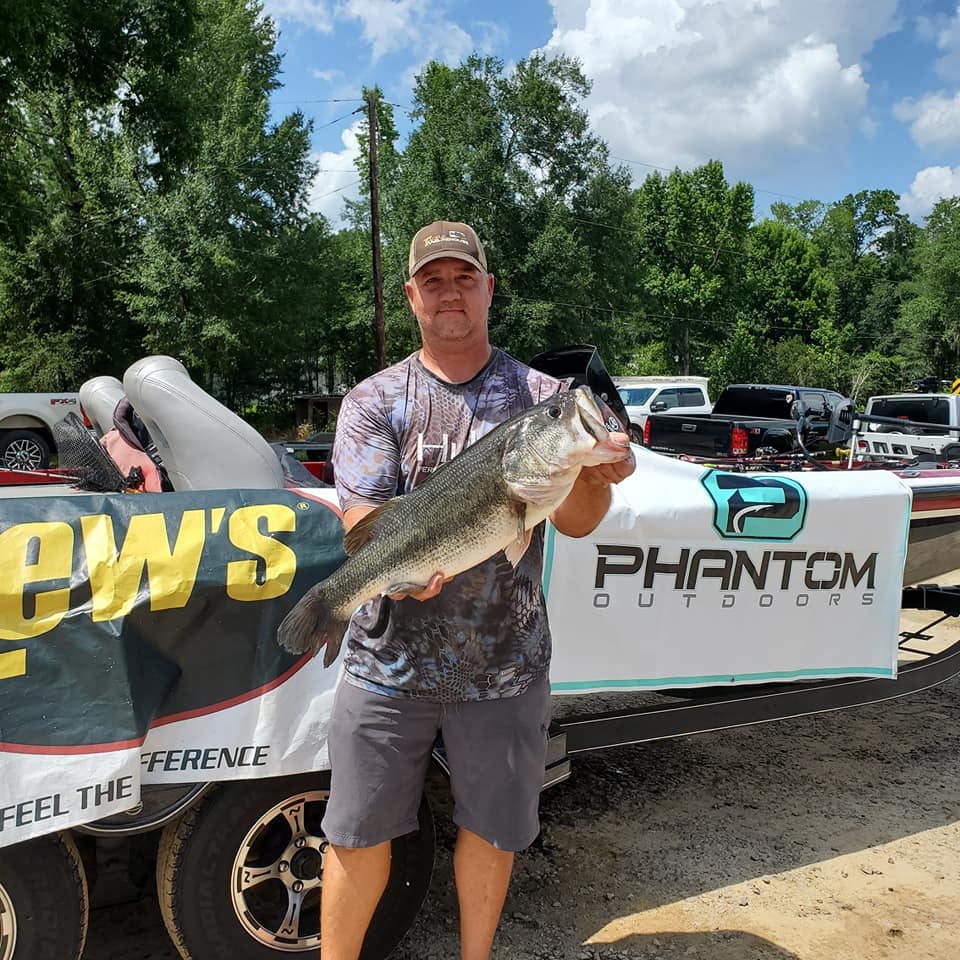 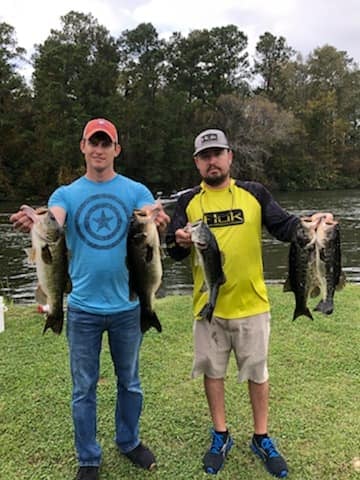