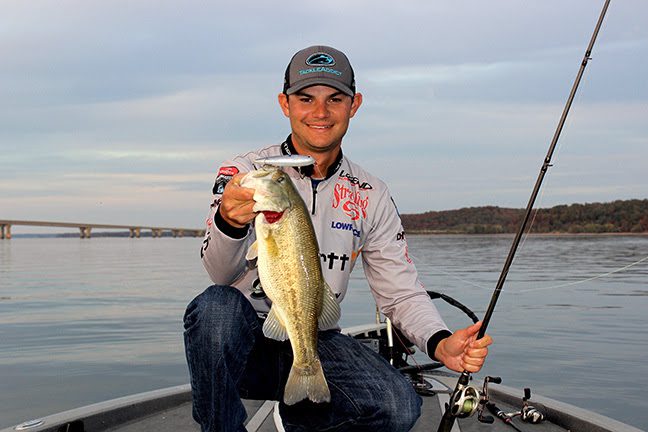 New York, NY (April 4, 2017) – Pulling away from the docks on the first day of the 2017 GEICO Bassmaster Classic presented by Dick’s Sporting Goods, Seaguar pro Jordan Lee couldn’t have imagined the roller-coaster path of conditions and emotions that he would navigate over the next three days.

The former Carhartt College Bassmaster champion would demonstrate extreme perseverance in the face of a very slow Friday start to eventually deliver a dominating bag of bass to the weigh-in stage on Sunday evening. As the smoke rose and applause filled Houston’s Minute Maid field, Jordan Lee hoisted the hardware over his head, besting bass fishing’s elite, and named the 2017 Bassmaster Classic Champion. 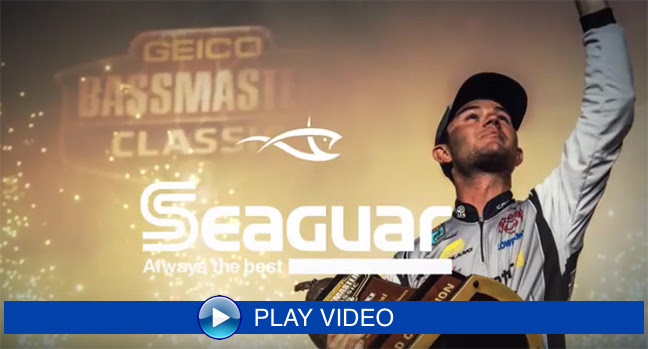 “Stuck with it” are three words that Jordan Lee repeated several times in describing his path to the winner’s circle. Indeed, Lee had to stick with it after weighing only 8 lbs. 6 oz. on Friday, followed by a barren Saturday morning that found his livewell still empty at noon.

Lesser anglers may have given up, but not this Seaguar pro as he battled back, pitching to shallow cover with a combination of jigs, crankbaits and soft plastics; each of Lee’s presentations were secured with Seaguar fluorocarbon. Reflecting on his crankbait-specific line selection, Lee noted that he, “cranked with both Seaguar InvizX and a Seaguar AbrazX, but when fishing hard bottoms, I rely more on AbrazX. When I was digging that crankbait down into the bottom cast after cast, it never once broke off.”

Lee’s second day ended with four fat Texas largemouth weighing a phenomenal 21 pounds, anchored by a 7-pound-7-ounce bruiser. On this day, “stuck with it,” meant turning a morning zero into an afternoon hero by hauling the heaviest bag of bass to the scales among the 52 seasoned bass veterans plying the waters of Lake Conroe.

With the field cut in half for championship Sunday, Jordan Lee “stuck with” his productive Saturday pattern, probing a shallow point with a football jig and soft plastic in search of oversized post-spawn bass.

In preparing for the final day of competition, Lee spooled with AbrazX – 17 lb. for jigs and shaky heads and 12 lb. for cranking – because of the premium fluorocarbon’s strength, abrasion resistance and thin diameter for long casts.

“Seaguar AbrazX definitely boosts my confidence when I’m dragging baits on hard offshore cover because I get far fewer frays in my line,” Lee asserted.

As bass fishing fans around the world witnessed from extensive live video and real-time web coverage, Lee’s sweet spot was loaded with big bass, about which he said, “I never once worried about breaking fish off with my AbrazX, even with the big bass I was catching. I know that once I get a hook in them, it’s pretty much over.”

Despite the pressure of starting the day in 15th place and engine troubles that limited him to fishing only one spot, Lee was able to deliver a full limit of bass, weighing an astonishing 27 pounds, 7 ounces to the scales on Sunday afternoon. Lee’s dominating performance on the Classic’s final day not only provided him with the largest bag of fish for the entire event, but also the title of 2017 Bassmaster Classic Champion with a total weight of 56 lbs.10 oz.

Pitching baits to unforgiving seawalls and docks, as well as Lake Conroe’s abundant natural cover and productive hard-bottom areas, puts tackle to the test. Champion Jordan Lee, as well as many of the other Seaguar pros competing in the 2017 Bassmaster Classic, relied on Seaguar 100% fluorocarbon lines to ensure that hooked bass had an opportunity to spend a relaxing day in an aerated livewell.

Seaguar AbrazX—which boasts double the abrasion resistance of other fluorocarbon lines—played an integral role in Lee’s pinnacle performance, as well as the success of many of the Seaguar pros. When flat winds and high skies made long casts across Lake Conroe a necessity, Seaguar InvizX—an exceptionally soft, supple 100% fluorocarbon line—delivered baits to wary bass, and flopping fish to eager Classic anglers.

Well done to all, and we look forward to seeing you back on the stage soon, as you compete and win with Seaguar—Always The Best! 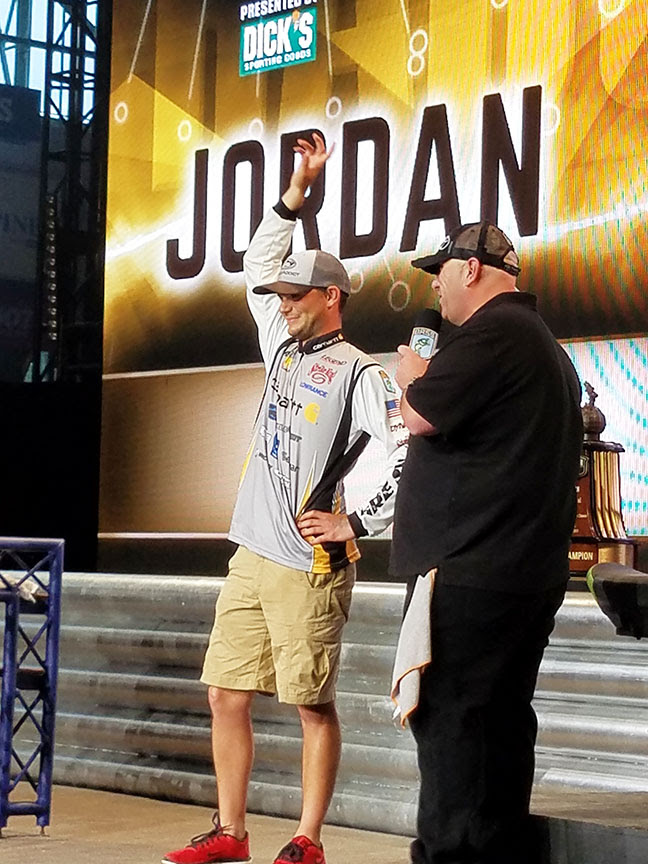