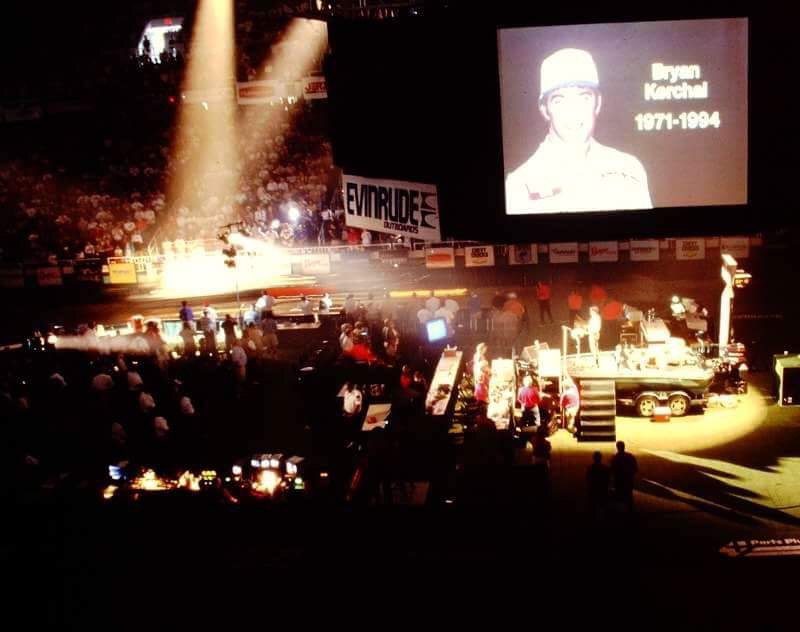 Part of what makes competitive bass fishing so exciting from other sports is the idea of “what ifs”. Sure, there is always “what ifs” in every sport, but bass fishing in particular will leave you wondering what could have been, partly because the fish we compete against are an independent party in themselves. What if Zell Rowland doesn’t lose that big bass on the last day of the 1991 Bassmaster Classic on the Upper Chesapeake Bay? Would Zell be known as a classic champion instead of the late Ken Cook who instead won the event? What if Edwin Evers didn’t make that now famous “run” way up river on Grand Lake to catch his massive 29lb bag, for a magically come from behind win. Would Jason Christie instead be the world champion we all look up to? All are great questions that make our sport so exciting, but nothing compares to the “what if” of losing a rising super star of the sport, Bryan Kerchal, before he even had a chance to compete full time on tour.
For those of you who do not know the story, Bryan Kerchal qualified for the 1994 Bassmaster Classic as one of 5 Wrangler anglers from the Federation, and is the only angler to ever win the Bassmaster Classic from the Federation (meaning, as an amateur angler who does not fish the pro tour full time). It was by far the most shocking upset win in bass fishing history at the time, and possibly still is to this day. What made Kerchal’s win even more impressive wasn’t just the fact that he was a hamburger flipping fry cook from Newtown, Connecticut, but that he was only a mere 23 years old when he won the event. Kerchal, who qualified for the Classic the year before in 1993, finished dead last in that event. This could have killed the will of many anglers, but the fact that Kerchal overcame that to win the event the next year adds even more thrill to his upset victory. At the final weigh-in in the 1994 Classic on High Rock Lake, Bryan Kerchal beat a late charging Tommy Biffle by mere ounces after grabbing onto the lead on day 2. The images of him carrying the trophy and American flag on his boat circling the Greensboro Coliseum is one still engraved in many anglers minds, myself included. I, myself, was actually in the Greensboro Coliseum for the final weigh-in, as a 3 year old child alongside my parents. Though I was too young to remember Kerchal’s win in person, the video of his win was a huge inspiration for me growing up and many other anglers alike.
Kerchal became an instant star after his win. As just a young kid, he came off as a very likable person, particularly with his famous “fish whistle” which he would “toot” for good luck every time he caught a fish. Anglers everywhere were so excited to see the super star in action again and see if he could repeat his actions at the 94’ Classic and compete once again at a high level against the best in the world.
Sadly for all, Kerchal’s celebration was short lived and soon turned from one of happiness to tragedy. Later that year, Bryan Kerchal was killed in a plane crash not far from the Greensboro Coliseum where he had won his tournament while returning from a visit with his major sponsor, Wrangler. Kerchal’s death was a shock to the bass fishing world, and possibly still the biggest tragedy the sport has ever seen. A young champion, gone before he could ever compete full time on the tour, will haunt the Bassmaster circuit forever.
Where would Bryan Kerchal be right now if that plane had not have crashed?
The question still remains, Bryan Kerchal could have very easily been the next Kevin VanDam or Rick Clunn, and been the face of Bass Pro Shops or a similar major fishing company. Kerchal could have even surpassed them all and been the greatest bass angler to ever live, it’s a sad situation that such a young talent never got the chance to prove his win was more than just a one win wonder.
Bryan Kerchal, the 1994 Bassmaster Classic champion, and the first angler to ever win from the Federation. Forever proving that anyone can win, and that if you’ve got what it takes, anyone can reach their dream even if they’re not a full time pro. Bryan Kerchal, the biggest “What If” in bass fishing history……
RIP Bryan Kerchal